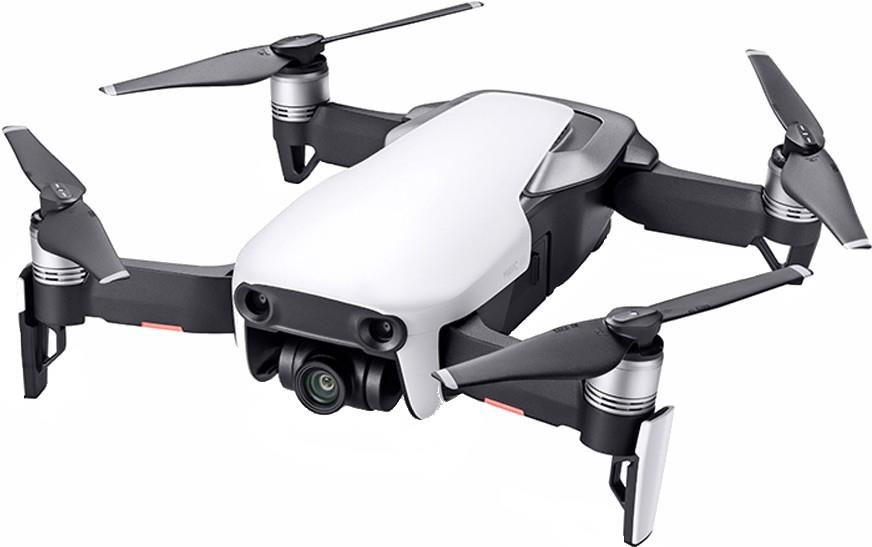 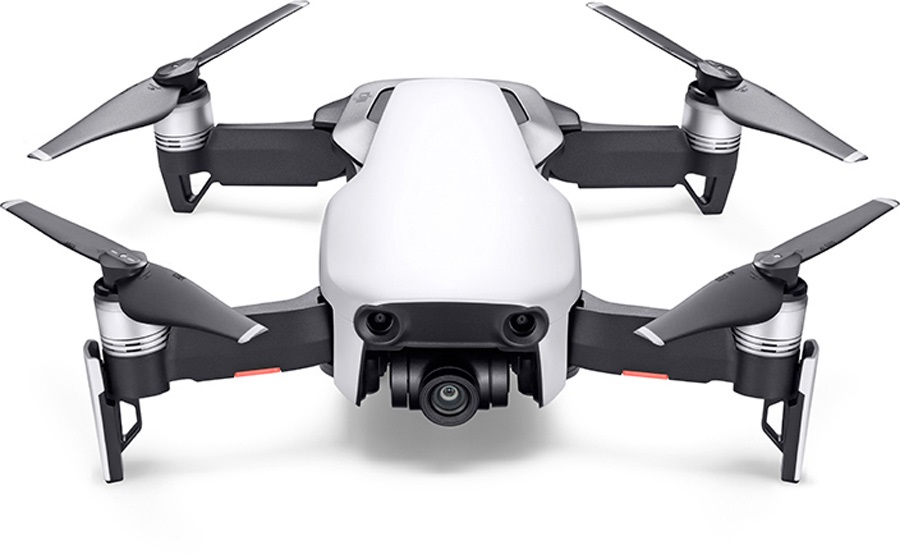 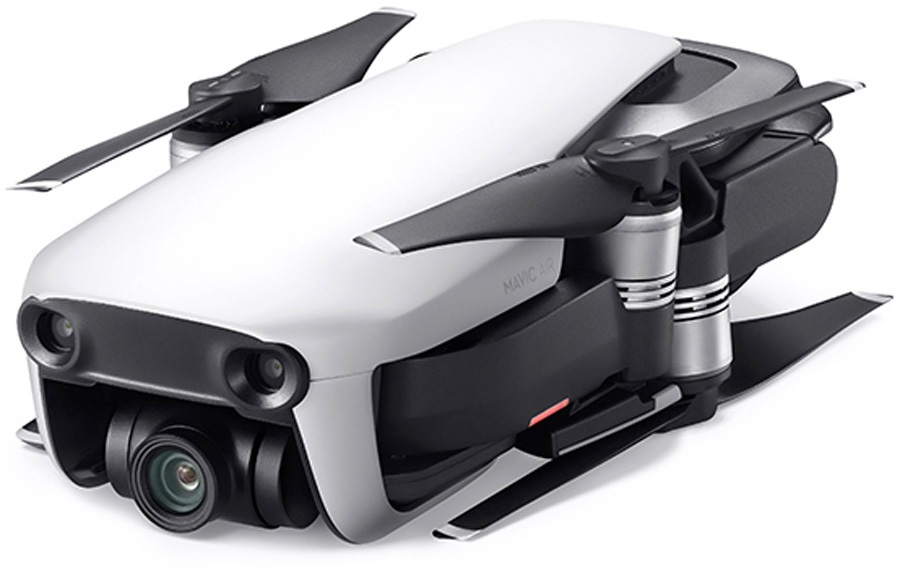 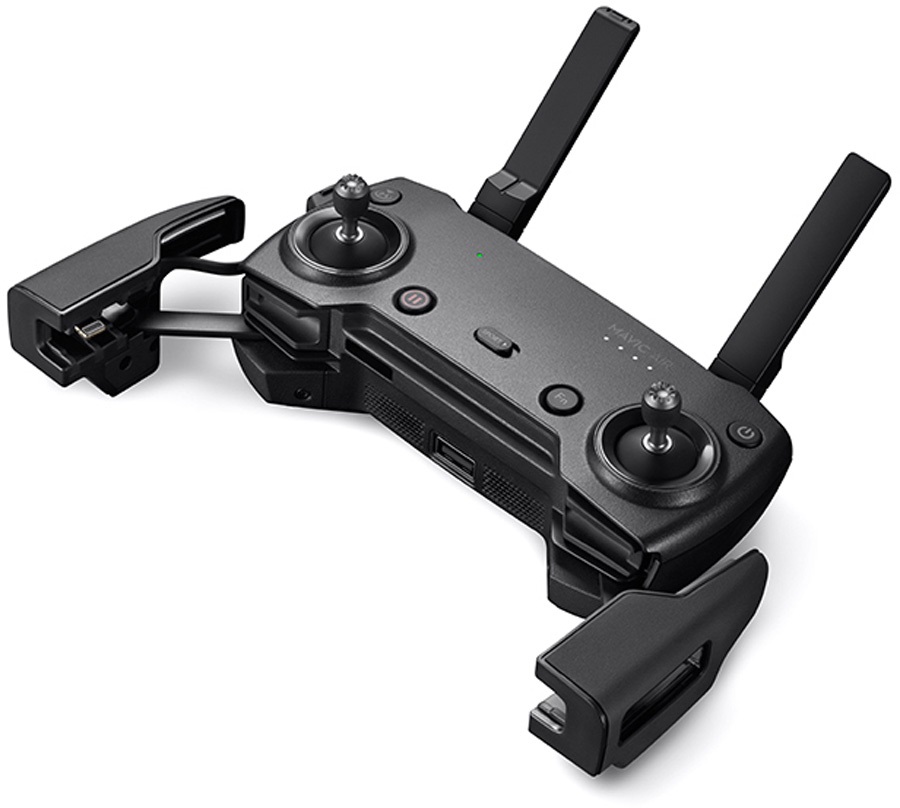 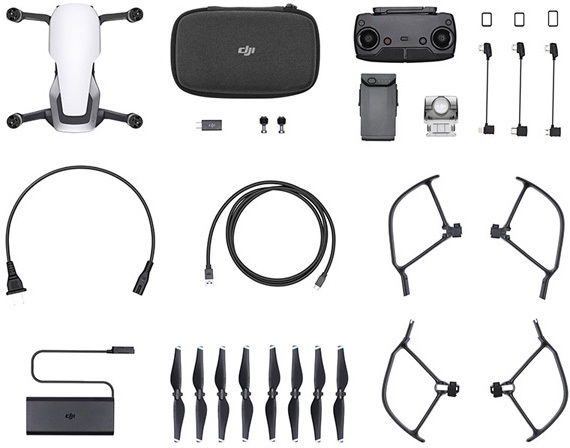 Brand Colour:Alpine White
Product ID: 205091   Custom
Designed to be a companion wherever the adventure takes you. The Mavic Air is engineering and design perfection. Taking on from the foundations of the Mavic series the ultraportable, packable drone features revolutionary flight performance and functionality.

The folding design of the Air lends itself to being a travel companion. No bigger than a large smartphone in width and height, when folded the Mavic Air measures 168mm x 83mm x 49mm and weighing 430 grams.

The Mavic Air's arms fold outwards for flight, with front legs that actively fold downward. The front legs contain dual frequency 2.4 / 5.8GHZ6Wi-Fi antennas capable of transmitting a 720p live view up to 4km away when used in conjunction with the remote.

As part of our Absolute Bundle, the package includes two additional intelligent flight batteries. With a singular battery capable of operating up to 21 minutes the bundle allows you to have ample flight time to capture your adventures.

The Mavic Air can be controlled without the need for a remote or smartphone. PalmControl sets optical sensors to track your movements using simple hand gestures to control the device. Operate photos, recording and track positioning with a wave of the hand - sci-fi powers have well and truly come to reality.

For those who have a preference for physical controls, connect a smart-phone to the dedicated controller or use the mobile device as a stand-alone remote. The mobile device allows for a live stream from the Mavic for navigation and image positioning.

For improved portability, the controller has a foldable low profile design, where the joysticks can be screwed out and stored in the body for streamlined convenience. The remote control features intuitive function buttons that allow for ease of use and a dedicated wheel controls gimbal angle. An additional ‘sport’ switch puts the Air into 'Sport Mode' where it is capable of flying up to 42.5 miles per hour.

The 3 axis mechanical gimbal camera provides a stable platform while the 12-megapixel sensor and f2.8 lens produce high-quality imagery with HDR mode. Video can be shot in an incredible 4K 30fps recording at 100mbps for exceptional HD quality.

Slow motion footage is captured at an amazing 120 frames per second in 1080p. To capture the majesty of environments the Mavic air can produce 32 MP sphere panoramas where 25 photos are stitched together seamlessly for the ultimate immersive shot.

As part of the FlightAutonomy 2.0 system, collision protection forms a vital part of the drone's interface.

The Mavic Air provides you with the tools for creative aerial photography and film. Intelligent flight options combined with both a mechanical gimbal and 12mp f/2.8 wide-angle lens allow you to capture the epic.

For the limitless explorer, world traveller or modern adventurer.

* For the returns policy of this product please refer to our Return's Exclusions section: https://www.absolute-snow.co.uk/services/returns-policy-no-quibble-returns
Supported devices
Intelligent flight modes
The Absolute Package
Low down

Shopping online for outdoor sporting equipment and clothing can be a little confusing when there is so much choice, especially with so many technical product innovations. This is why we have developed our Advice Centre, packed with useful information enabling you to cut through the jargon, understand your options, learn about the features and benefits and then make a well informed purchase decision.

Remember, if you need more help our shop is staffed by a team of experts. No question is too big or small. If we cannot answer your question, probably no one can!