Proudly British, 3 Legged Thing lead in the innovation of camera tripod systems. Designed to provide practical, compact, camera stability in the harshest of conditions the tripods allow you to capture the shot exactly as you intend.

3 Legged Thing was founded by Danny Lenihan back in 2010. As an Avid photographer, Danny had acquired a numerous volume of tripods over the years. While they served their individual purposes the innovator wanted to design a new breed of the tripod, that would set a new standard for universal camera support. In the back of a Chicken Shed, in the hometown of Stagsden Bedfordshire Danny's small lighting business evolved into the headquarters of the leading tripod manufacturer.

Derived for a fundermal principle to be different, 3 Legged Thing lives up to its name, these aren't just tripods, they are things. The brand was the first company to anodise tripods to give them a personality. Additionally, the innovation of a removable tripod leg to be used as a monopod set the tripods apart like no other. Keeping with the theme of individuality the tripods are named after iconic rock stars of Danny's tripods.

With a mission "To innovate, inspire and be the best that we can be, so that our customers may inspire us" 3 Legged Thing leads the charge with camera support technology. 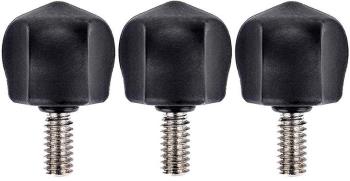 Ensure traction when using a tripod with rubber feet!
3 pack 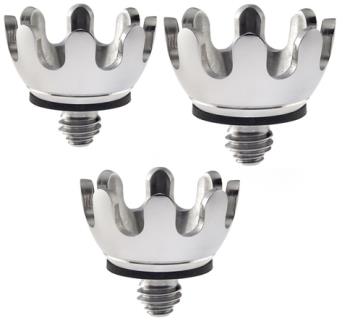 Ensure traction when using a tripod on ice and snow with Clawz!
3 pack