Starting out in Salt Lake City in 1996, Nebo began life as Open Seas Trading Co., exporting good to third world countries and developing nations.  Shortly after their founding, they began to make and sell their own range of innovative tools.

In 1997, they decided on a name change - the original being too long and sounding very foreign for a US-based company, making it difficult to build relationships with retail stores.  They settled on the name of NEBO Tools; named for the local mountain of Mount Nebo, close to where the owners lived.

In 2005, with NEBO Tools struggling to keep afloat they were acquired by ASG Brands who quickly reversed their fortunes by creating the first NEBO Tools flashlight, the CSI (CSI stands for continuous, supreme illumination). The success of the CSI led to the creation of several popular torch lines and a shift of focus from multi-tools to lighting and illumination products.

In 2010, Nebo released the original Redline flashlight and in 2012, they released the very first Larry work light. Both lights became wildly popular, sparking what would become long lines of high-quality LED flashlights. During that same period, the brand name was shortened to "NEBO."

Nebo believe in giving back through the support of local communities and non-profit organizations.  Through the "NEBO Gives Back" program they have partnered with the National Breast Cancer Foundation (NBCF) to offer Pink variants of select products with a portion of sales being directly donated. NEBO Gives Back also works to provide lighting products at discounted rates to stores within natural disaster zones and our own employees have donated directly (with company match) to these causes, most recently in the wake of hurricanes affecting Houston and Puerto Rico. 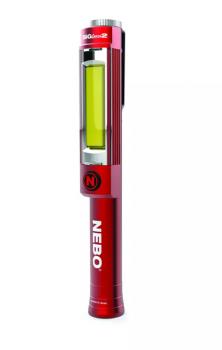 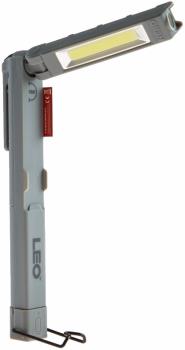